There are several signs that your house needs electrical rewiring, the only problem is that sometimes, the culprit is a single electrical item. For example, things like power sags and dips can be caused by something as innocent as a cheap fan that has water condensation inside its casing. The moral of the story is that here are five signs your house needs electrical rewiring, but just be aware that sometimes your electrical wiring isn’t to blame.

If you are old enough to remember, you used to be able to half-turn on a light switch, and at the halfway point it would start vibrating and even buzzing. If your switches or outlets are buzzing or vibrating, on a regular day, then you have a problem.

There is a good chance that your wires are not aluminum, but there may be old parts of your house (cellar/attic) that still have aluminum wires. In which case, they should be removed. Also, things like backstabbed wires and worn wiring should be checked over and made safe.

There may be faults in your house, or you may simply need some work. For example, your electrician could repair damaged circuits or wires, unplug elements that are no longer in use (old jacuzzi hookups, old electric car hookups, old outdoor lighting/pond hookups, etc.). The electrician may also offer advice on reorganizing your power surge devices too.

These are caused by several factors, but old and damaged wiring is one of them. Disconnecting a poor performing power board may see a reduction in power surges. Are other people in your area having power surge problems because it can be an area and even a statewide problem. For example, during the soccer world cup, people in the United Kingdom have power surges and dips during big-game half times. This is caused literally (not a joke) by hundreds of thousands of people getting up to put the kettle on for a cup of tea during half time.

5 – Overloading of Any Type

This can happen for plenty of reasons, poor wiring and damage being just a few of the reasons. There are all sorts of problems that overloading causes, which often leads onto other damage (through melting and burns), which then leads on to further problems down the road. Even something like a bit of wiring melting and exposing the metal may cause problems years down the line when the condensation on the metal starts to cause bigger problems (including fires, sparks, power outages and much more). 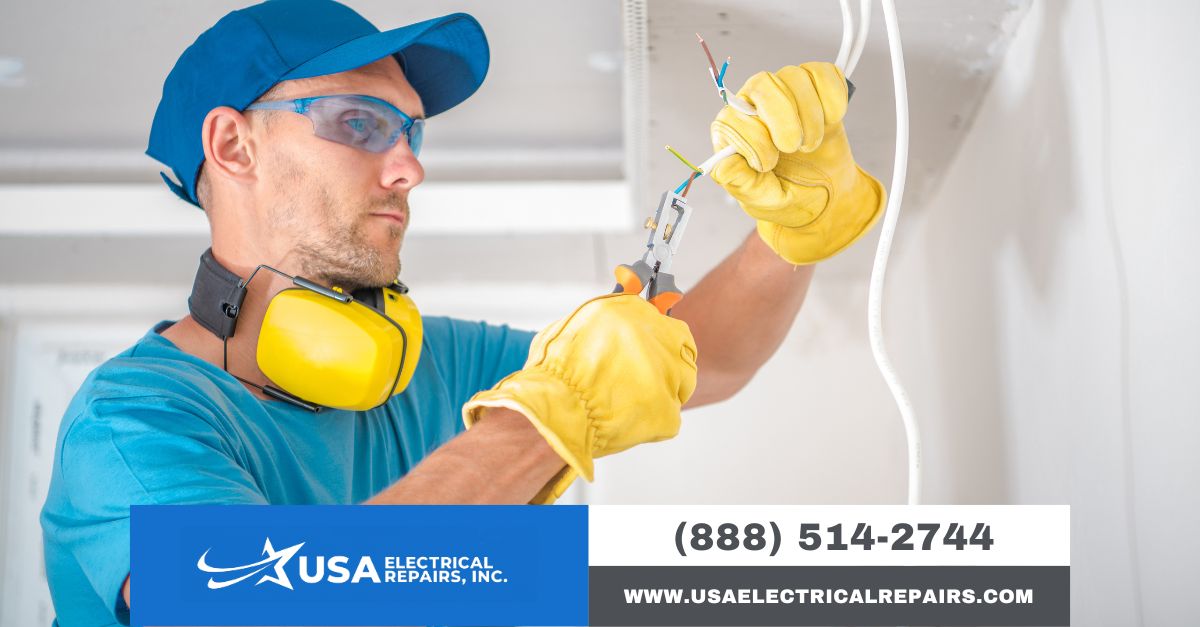 Have Your Rewiring Done By Experts

Let’s face it, there are a lot of discount electricians out there because there are some non-trustworthy service providers who are only out to make the day. If you are having something done as essential as your electrical rewiring, then you need to have it done by certified, licensed and insured professionals. You need the work done by the team at USA Electrical Repairs. Get in touch today and arrange for an estimate.