All across Los Angeles, electric cars are getting traction as the new way of moving around while also helping preserve the environment. These vehicles are slowly proving to be more and more popular, entering the mainstream automobile market and carving a good niche of their own. All in all, more people are opting for this option. We admit that at first it might not seem like such a good idea, for not only do they tend to be more expensive, but they also entail getting used to a different performance standard, specialized upkeep, and installing line to car charging in Glendale. However, at the end of the day you might find that it might end up being better and cheaper to get an electric car than you would’ve previously thought. 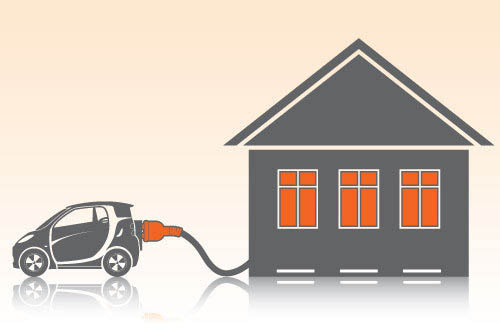 Getting an Electric Car

One thing you’ll find if you choose to get an electric car is that there won’t be as much variety as you are probably used to. That’s not to say that there aren’t plenty of models to choose from. Sure, a lot of people might find it expensive to purchase an electric car due to their higher cost, but there are plenty of options that allow you to have one in a more affordable way. For example, buying used or leasing the vehicle are good ways to drive electric on a budget. There are also a variety of subsidies and incentives available in certain areas in order to encourage the purchase of electric vehicles. Everything indicates to these being the future, which is why governments and companies everywhere are trying to make these more accessible.

However, it is worth noting that while the initial cost of an electric vehicle might be higher, the cost of ownership itself is significantly lower. Maintenance and energy costs are actually higher with internal combustion engine vehicles, which cost an average of $1,117 a year. Meanwhile, electric cars cost an average of $485 per year. Long-term, electrical cars can be a better investment than internal combustion cars, particularly because of the ever-rising price of gasoline, while also reducing one’s environmental impact.

Installing a Line to Car Charging Station in Glendale

If you purchase an electric car, you’ll obviously need to install a charging station for it. Well, you can do without one and charge it in public stations, similarly to how you’d get gas in an internal combustion vehicle. However, a line to car charging station in your own home grants you an easier alternative to depending on public outlets. Charging these batteries takes a while, after all, so getting to charge your vehicle in your own home saves you time and effort. Installing a line to car charging station in Glendale eliminates the need to go out of your way to charge your car and end up being a much more convenient and cost-effective alternative.

And if you need to install line to car charging in Glendale, or anywhere in Los Angeles, you can call USA Electrical Repairs. We provide electrical installation and repair services all across the Los Angeles area, including the installation of line to car charging stations for electric vehicles. If you want to charge your new car from the comfort of your own home, call us at (800) 708-2190 and we’ll get the job done!