Your electrical breaker – also known as a circuit breaker – is a safety device built into your electrical system that cuts off power and prevents overheating. They interrupt the electrical current when a switch is tripped enabling you to safely restore the power when you reset it in the fuse box. If your fuse box is in the basement or garage and you are making too many inconvenient trips to reset switches, you have a problem that may require electrical breaker repair. The fault may be a power surge, faulty component, or an excess of current. Here are some of the reasons why circuit breakers trip.

Overloads are one of the most common reasons for electrical breakers to keep tripping. It happens either when you are using too much electricity at one time, such as lots of appliances running or too many light fixtures switched on. The circuit overheats due to the excess demand and that makes all electrical appliances connected to the circuit at risk.

Any wire circuit can only carry a certain load and the circuit breaker is designed to match that capacity. So for example, if you run two appliances together – say a tumble dryer and dishwasher – that takes 20 amps of current, if your circuit is only designed for 15 amps, the system is overloaded. To prevent the wires from overheating and frying your appliances (or even setting them on fire) the circuit breaker will trip.

If your circuits regularly trip, it is an indication that you are being too demanding on your electrical system. Call an electrician to upgrade your system or redistribute your electrical devices and appliances onto different circuits.

A short circuit is more dangerous than an overload. A short circuit happens when a live wire comes into contact with a neutral wire due to a fault in an electrical outlet or because there is faulty wiring or a loose connection in a plug or appliance.

When this happens, too much current flows through the circuit because the normal electrical resistance is overridden. The breaker will trip to close the circuit to stop too much heat from being created, preventing a fire. A short circuit may be accompanied by discoloration around the breaker and/or a burning smell. 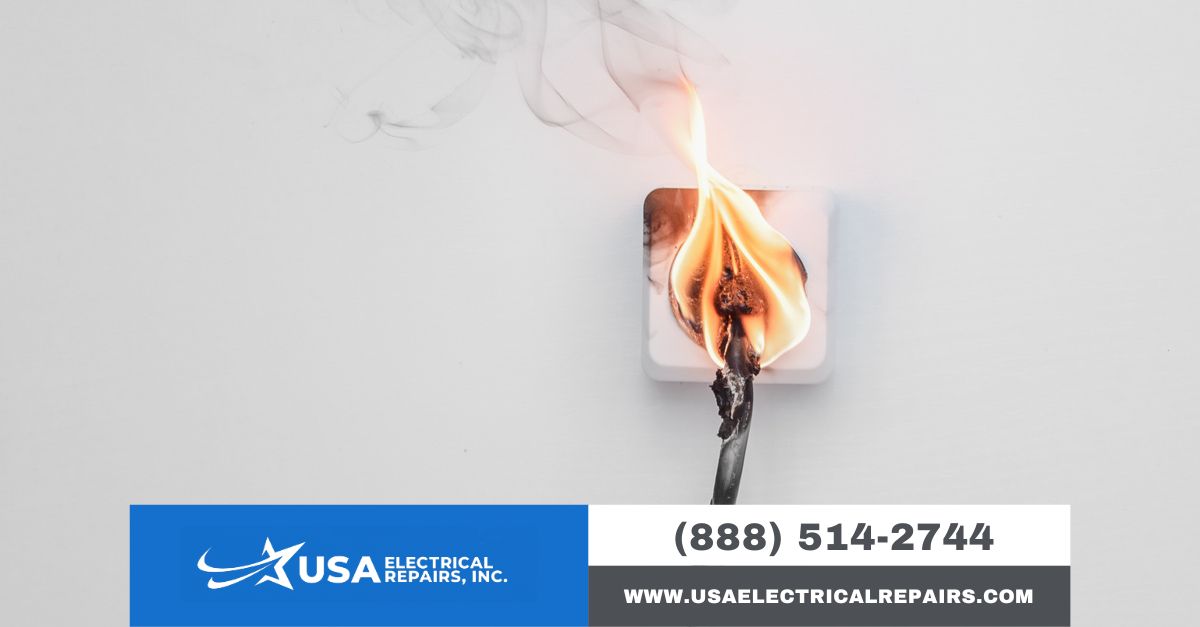 Your home or premises are at risk if you suffer regular circuit breaker trips. Even though you can reset fuse box switches, there is always a risk of fire. If you have this problem, the best thing to do is call USA Electrical Repairs who can advise if you need an electrical breaker repair or some other fix.